ITS OVER….or is it just beginning?

Remember a few blog posts ago how I was talking about Esther and her early story and if I failed out of the Dental Hygiene program that it wouldn’t be the end of the world??? WELL…..
I failed out.
The world is still going.
Yep. I got the call from the Dean today. It is the end of the road for me. I did not get a rose. The jury has spoken. The fat lady sang. Done.
Alrighty. What did I do when she told me??? I cried a bit. Not too crazy. Just a bit. I mean….I bit more than that but I called a friend and that stopped the crying a bit.
I failed.
So…the great thing about blogging is that you get to be held accountable for what you posted days before. For some reason I have this crazy peace in heart. This confident hope in my heart that God is on the throne. That it was to be a part of my story.
Some things in the story, I chose to write in..Like what I wear and eat and who I call and have coffee with but other things like a cheating husband, failing out of school and a baby getting sick kinda get written in for you. Well, I feel that I did the best that I could considering my situation. And that is all I could have done.


The good news:
I don’t have to go to school in the summer
i can go to Kansas City soon
I can stay up late and blog
I get to be with Bailey more
Faith is getting activated


“Not my will or my plans or the way that I want. I’m so tired of my hands in the way. So reveal to these eyes the true heart of my Father. Today. Lord teach me how to pray. “-Jason UPton

okay. so i wasn’t sitting on Santa’s lap. I was sitting in my little silver Fit- having a fit. I cried almost the whole way home today. Thank the Lord for Marc Jacobs who made me a beautiful pair of RED sunglasses that hid my RED crying eyes. I was a mess. Just a mess. I did just horrible on my finals today.  One in particular. I sat there in traffic reflecting on this year of school that just went by.
It did go by fast.
So fast.
I was reminded of Esther in my car. Queen Esther.
I imagine she looked something like Kim Kardashian. 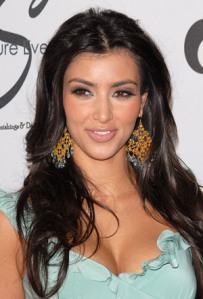 Yeah. She looked just like that. (Minus the implants)
So, whether you know the story of Esther or not I am going to tell you a few things about her early life.
First. She was an orphan. NO mom. NO dad. Abandoned. Dang.
Second. She was raised by her cousin. Male cousin. Think about one of your older male cousins RAISING you. Probably not the most ideal set up. She was a girl. A little girl. Like a million years ago in somewhere like Pakistan or India or one of those countries. We will just call it the East for the sake of me having google where King Xerxes ruled in that day. Oh Its probably persia…. that place is filled with beautiful women. yeah. I bet it is Persia…. Kim looks Persian…. I don’t know much about her but I think she is persian.I am glad that i found this type with the line thru it. yeah for blog stalking.
So this is what I am thinking about while in my Fit. Not all the other things. Not that she became Queen. Not her royal robes or the banquets or how beautiful she was. I was thinking on the hard times. The beginning. I was thinking that she had no clue that she would one day be Queen of the East. okay. not saying AT ALL that i am going to be a queen. wait….queen’s are in Europe right? England…i should have paid more attention in history then i would know where XerXes ruled and where they have queens. i should capitalize Queen. so lets just say i was a Queen. that would mean that i would have to marry a wealthy european man…….hmmm. something to pray about at least.

this could be my home 🙂
Back to Kim.
I mean Esther.
Wait..no me in my Fit.
So…the moral of this story is that while her life seems to be falling apart, the LORD was working it out. It was all a part of the story. The story!!!!!
I was reminded of MY story.
This day in my life. This page of the story. Is for a reason. If I failed my exams and get kicked out with student loans and some expensive instruments that i won’t be able to use and still no place to live and no money yet gently dismissed from the Dental Hygiene program then it will not be the end of the world.
WHO KnoWS???
That is what Mordecai, her cousin,  later says to Queen Esther about her queenship.
4:14…
“….And who knows, you may have been chosen Queen for just such a time as this”
that was in reference to her saving the Jewish people from extermination. WOW. I bet that never in her early years she thought she would be in such a position.
I doubt I will be Queen but I do know that my story will be told. I do hope that at least one life will be rescued and encouraged. Thru the series of events that have occurred this past year and this upcoming year, pages will be written and chapters completed.
Who knows GOD DOES!!!!!!! maybe I had this terrible year for _____________________.
Dear Lord, I thank you for that which I cannot see. I trust you. Thank you!!!

My vows to May: 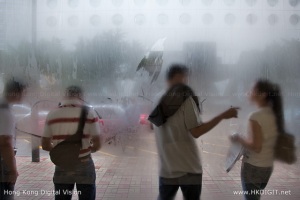 Dearest May-
I first want to let you know that my excitement for you has nothing to do with, well, you at all. To be honest, you are not a favorite of the months because I know that what follows you are three of my other least favorite months. I know, however, that in order to get to the goal of cool, crisp evenings on the porch with a jacket and a cup of coffee, I must endure you.
I am not a fan of your mugginess, your bugs or your fashions. I am just letting you know my heart. I want to be real with you and these are the things that my heart has been feeling for quite some time now. I will try my hardest not to complain and to accept you for who you are. You are a season that I dread but at the same time, you represent a season of sowing so that the reaping MAY come. Just so you don’t get too insecure I wanted to let you know that there are a few things that I am looking forward to in you. I, hopefully, will complete my first year of Dental Hygiene with you present. I will get a week of in which I have many adventures planned. I will also get to start my second year of Dental Hygiene school in which I am very much looking forward to. I will get to pick some things from my wonderful little garden, I will get to continue to live in the peace that is my home with Bailey. I will get to crank the air condition, drink iced tea and eat a lot more ice cream. I will get to know my friends more, drink more water and put on a swimsuit. Before this is done. I really wanted to make some vows to you this year.
I
vow
to:
-have more fun with you
-dress more fashion forward
-eat more ice cream
-go to bed earlier
– read the WORD more
-blog more
–call my brothers more
–speak less
–dream more
–eat more ice cream

These are my vows to you dear May.
Love, bre